10% of the boat accidents that resulted in death have been occurred by lightning strikes. Even the boats anchored in the ports are under risk, the risk is much higher for the boats in offshore. The level of the risk is directly associated with the materials that boat is made. If the keel of the boat is metallic (steel or aluminum), lightning protection is provided by “Faraday Cage” that is occurred naturally. In wooden boats, it is thought that lightning will discharge from the shafts to the sea by following the metal and electric parts. It is known that wet sails conduct electricity well, but this doesn’t mean that electricity is fully conducted to the sea. The strike that will be directed to the sea through hull and sail equipment that called rig, can cause the keel to puncture or burn and eventually boat to sink.

For fiberglass boats, it is thought that lightning will discharge from the shafts to the sea by following the metal and electric parts just like in the wooden boats. As a risk, there are possibilities that the effects of lightning can occur in the metal parts where the cruciform feet on the fiber boat are connected due to lightning and that the electric cables can ignite fiberglass and emit toxic gases from the burning fiberglass. Lightning rarely conducts through wire ropes. Usually, it presumed that the lightning discharges through engine and engine shaft by passing through the aluminum pole and electric wiring. Then starting the motor, generator and shaft bearing can harm.

In some boats, it is thought that metal rods placed in the highest position as a protection measure can transmit the Lightning to the water through a conductor connected to it. In some boats, lightning protection is trying to be completed by creating an electric current between two plates fore and aft launched to the water. The fact is that the most effective way to protect from lightning in the sea is Faraday Cage as in the land. However, an active lightning protection system is needed in the sea because most of the boats do not have this natural defense mechanism comes from the structure. Likewise, a boat that any Protection system is not used is under Lightning risk. 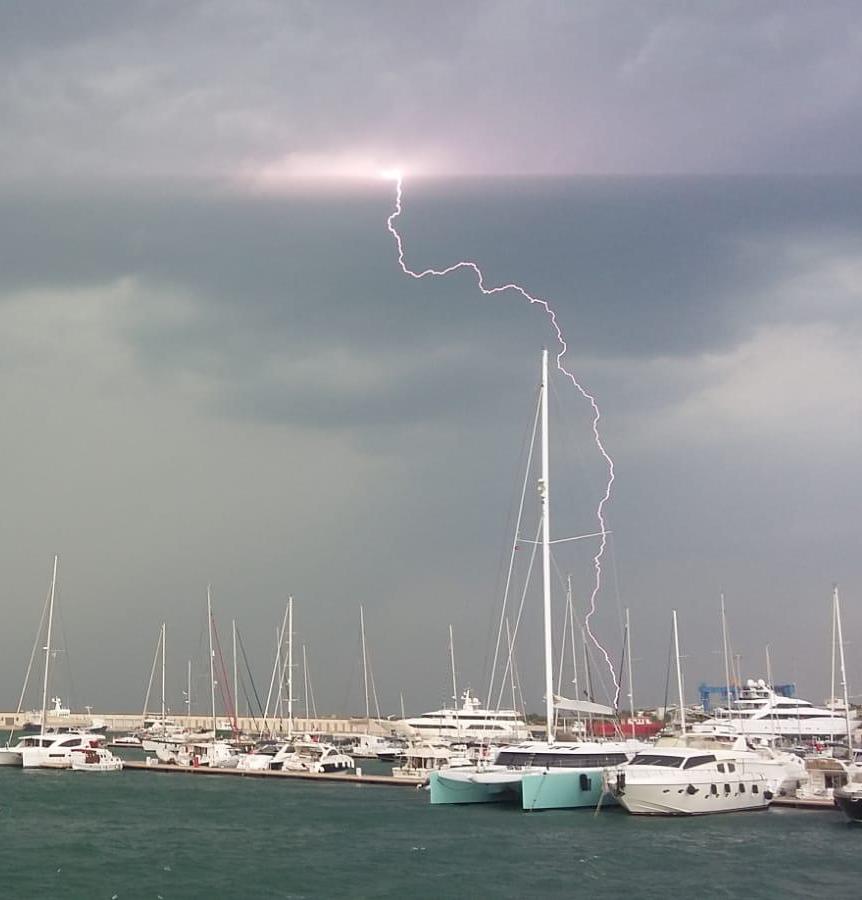 Another grounding type is grounding against “static electricity”. Parts such as tanks, engine shafts, rudders are connected to the same grounding plate. A second plate can be used to ground electronic devices such as navigation. It is important to prevent the static that can be occurred in this devices.

The most affected parts from lightning in the boats are communication antenna systems.  For this, it is necessary to use the surge arrester products which have the technical features compatible with the electrical and electronic characteristics of the boat and which can be used to protect the connected equipment.